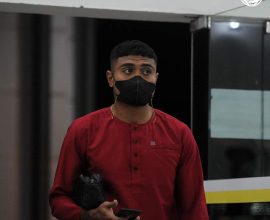 Sepang : Nurshamil now leads the scoring list in TRW Kelantan FC. He was nominated as the local top scorer of the Malaysia Premier League last season with a total of 9 goals and currently he is on the right track to be nominated once again. 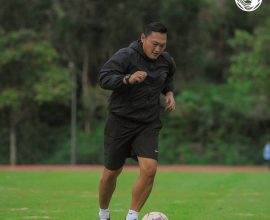 “OUR WINNING MENTALITY IS UNALTERABLE,”

Kuching : The fourth match of Malaysia Premier League 2022 continued with a mission to keep the good track of win for TRW Kelantan FC. A massive task awaits Coach Rezal Zambery and the team against Kuching City FC in Sarawak upcoming Monday. The first and foremost challenge of TRW Kelantan FC is surely to… 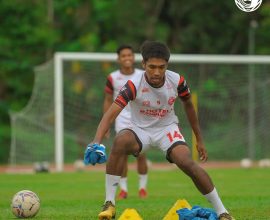 “RAMADAN IS NOT A REASON TO REST, WE STILL NEED TO CARRY ON THE JOB”

Sepang : It has been a norm for an athlete to keep energetic while fasting in Ramadan. The holy month of Ramadan is not an excuse for a professional football player to give the best performance on the field. 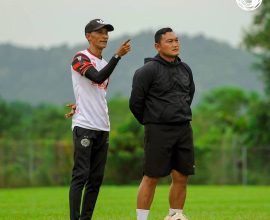 “WE HAD THE NUMBERS OF TALENTED PLAYERS, TO SET UP A SOLID STARTING LIST IS NOT A BIG DEAL,”

Sepang : The main lineup of TRW Kelantan Fc this season seem to always rotate and fully utilize all talent based on suitable conditions and tactics to face the opponent. The art of football implemented by the coaches shows a significant way to bother opponents in analyzing the team performance. 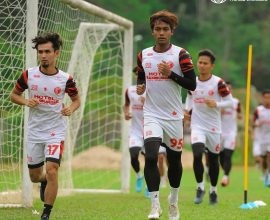 TEENAGE GEMS OF TRW KELANTAN FC START TO SHINE UP, FAZRUL AMIR DESIRES TO CONSISTENCE FOR EVERY MATCH IN CURRENT SEASON

Sepang : Besides the efforts and hardwork by experienced and import players, TRW Kelantan FC possesses young gems that bring an impactful scene in the Malaysia Premier League this season. The presence of Fazrul Amir, Alifh Aiman, Jasmir Mehat and Yusri Yuhasmadi to fill in the first team line-up seems to bring a boost in the current season. 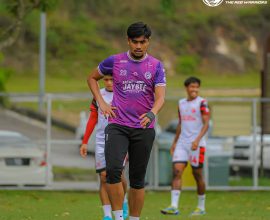 THE LAST WALL COMMAND BY THE GREATEST, TRW KELANTAN FC HUNTING FOR ANOTHER MATCH POINTS IN CHERAS

Sepang : Goalkeeper seems to be an important asset for a football team. It would not be a solid team without the presence of a goalie. For the season 2022, Ahmad Solehin has been selected as an in-charge in the D-box for TRW Kelantan FC. 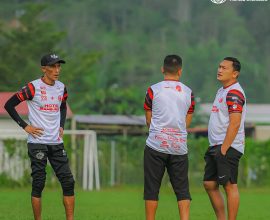 Sepang : Judging from the current performance and players lineups, the TRW Kelantan FC team has a chance to collect more full points for the second match of the Malaysian Premier League season 2022. The golden opportunity written on this paper should be translated into the match against Skuad Projek FAM-MSN tonight at the Kuala… 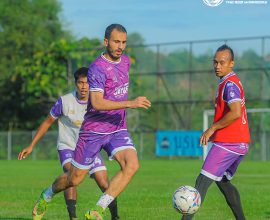 FROM LEBANON TO KELANTAN, FADEL ANTAR NOW TEAM UP WITH TRW KELANTAN FC

Kota Bharu : The presence of a high-reputed foreign player signed by TRW Kelantan FC in the first transfer window this season had spiked the attention of all football fans over Malaysia. The Lebanon-born player had exposed his arrival in Johor Bahru by an image with the club owner via his personal social media account. 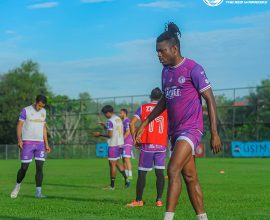 Kota Bharu : A tight match between Kelantan FC and JDT II last weekend was a good sign for the winning team to keep their momentum for the upcoming match. Kelantan FC claimed a first win at Stadium Tan Sri Dato’ Sri Haji Hassan Yunos, Larkin and thanks to a late stunner from Jasmir Mehat. 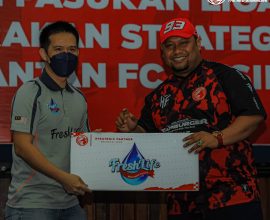