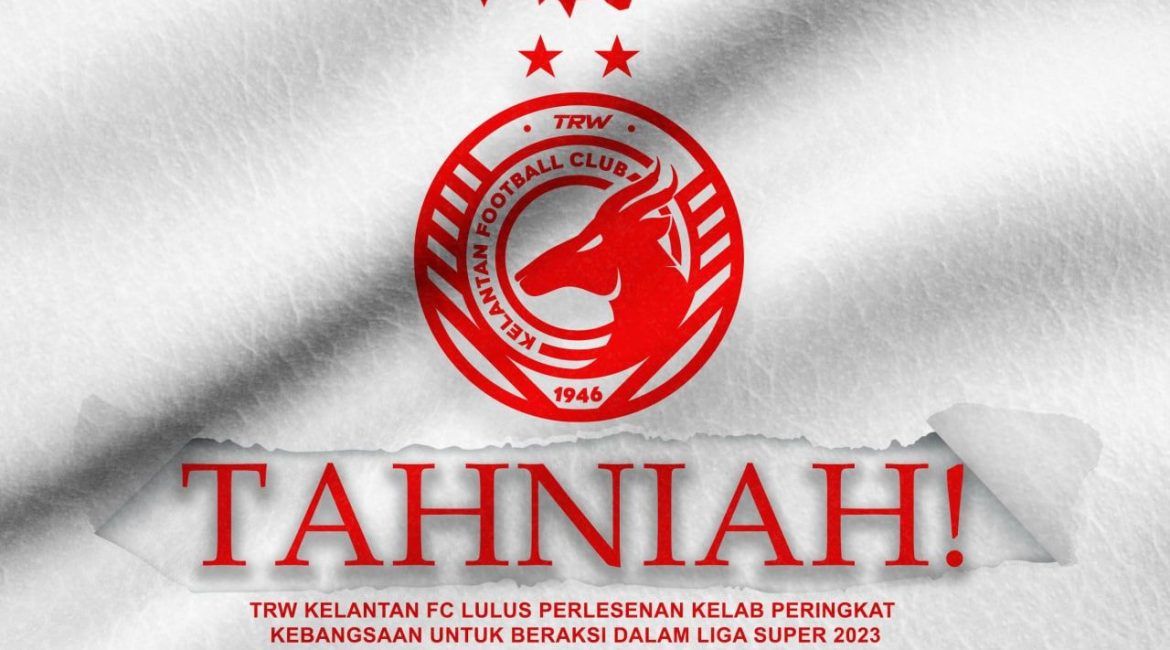 Kota Bharu: Kelantan Football Club passed the national club licensing duty to play in Super League 2023 including 15 other clubs. The club succeeded to complete all documentations and criterial as required by First Instance Body (FIB).

Malaysian Football League (MFL) recently announced via the official social media, that TRW Kelantan FC has fulfilled all requirements to be a professional football club by approval of First Instance Body (FIB).

The official statement from MFL gives a huge enjoyment to all TRW’s family as the club manages to move to the highest competition in the local football scene. Kelantan FC is also eligible to participate in all competitions organised by Malaysian Football League and Football Association of Malaysia (FAM) next season.

The club’s owner, Mr. Norizam Tukiman expressed his grateful feelings on the achievement, this season. The 2020 season went well, Kelantan FC sat on the runner-up place of the league and qualified to Super League on merit. Mr. Norizam set a target for Kelanfan FC to be ranked on the top 10 teams of the league. The realistic mission by the club’s owner received a positive reaction from all supporters.

TRW Kelantan FC would like to appreciate everyone who was involved in order to accomplish all important criterial and documents required for the National License. A huge thank you to all supporters for your encouragement during ups and downs. With blessing and support, Kelantan FC now ready to compete in Super League 2023. We are back, to preserve the pride!