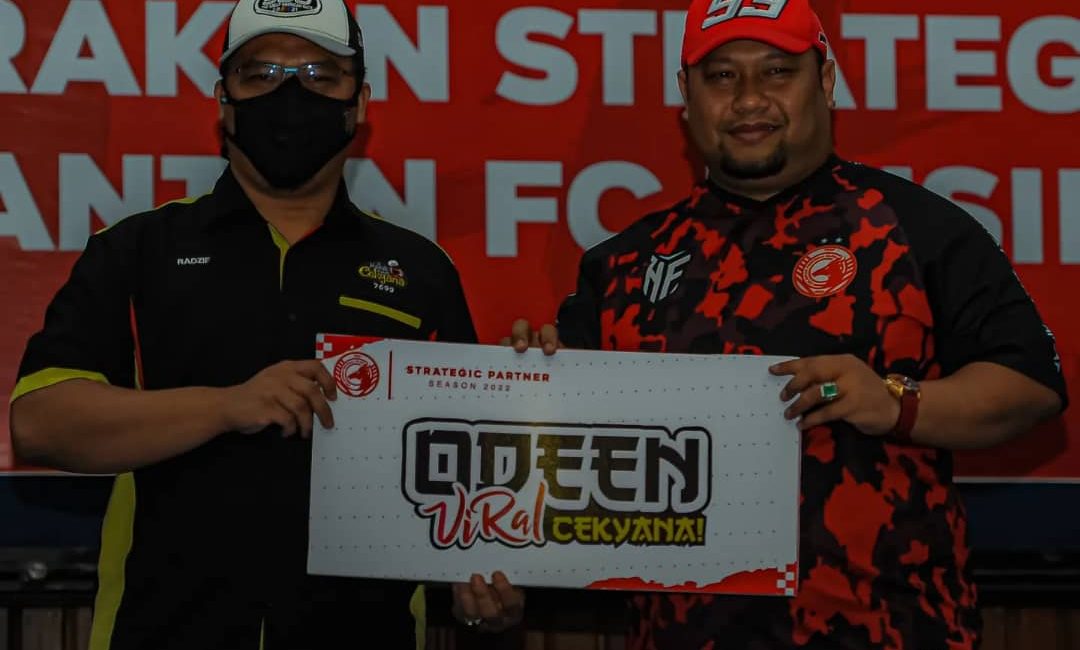 The collaboration was announced at the strategic partner introduction ceremony on the 1st March when the Kelantan FC team launched the official jersey for the 2022 season.

The company led by Dato’ Muhammad Razif welcomes the management team who are committed to re-dignifying The Red Warriors team.

The Management of the Team Red Warriors Sdn. Bhd calls on all Kelantan FC fans that they can now express their support for The Red Warriors squad through the Odeen Viral Cekyana spice product which is well known throughout Malaysia.

At the same time, a few ideas and plans are in line with HIS MOMSBABY SOLUTION SDN. BHD. to enhance the Kelantan FC team’s brand on Odeen Viral Cekyana products soon.

The Management of Team Red Warriors Sdn. Bhd. is assured that this latest joint venture is capable to exhibit the notion that the football industry aids in increasing the high commercial value in the image of the strategic partner line.

The Management of Team Red Warriors Sdn. Bhd foresees the collaboration with Odeen Viral Cekyana as a club’s effort to ensure that the fans would buy locals. Let’s support local products.