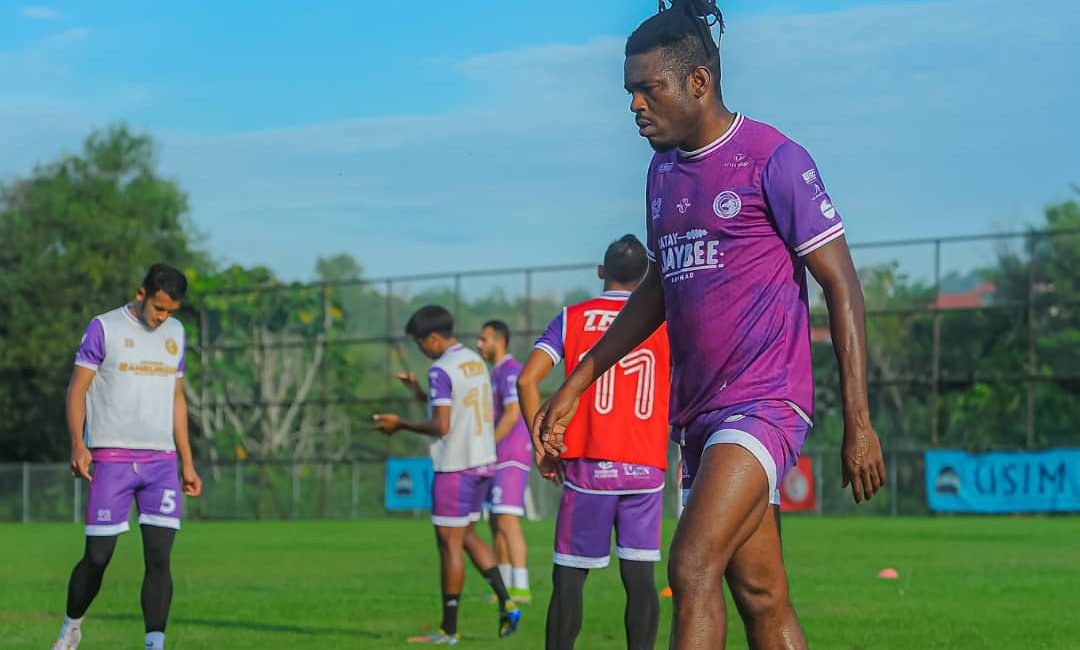 Kota Bharu : A tight match between Kelantan FC and JDT II last weekend was a good sign for the winning team to keep their momentum for the upcoming match. Kelantan FC claimed a first win at Stadium Tan Sri Dato’ Sri Haji Hassan Yunos, Larkin and thanks to a late stunner from Jasmir Mehat.

Highlight player on that day goes to Kerven Belfort with his famed celebration, ‘Zamburger!’. His performance was top-notch hence received positive feedback from the fans. He possesses all-round skills and passion on the attacking side to the deep down of the defensive side.

“It is a mixture of excitement, relief, pride really. I am proud of the team’s performance. I love winning, I love competing and I love to see all Kelantan FC fans smiling and feeling good about the team,” he said.

“As a professional football team, we are working hard for every match and following the plan constructed by the coaches and I praise God for the victory,” he added.

Belfort also explained that JDT II has an unpredictable gameplay, however the team had done a good revision before the match and all players understood the assignment given by the coaches.

“Now we need to focus on the upcoming Malaysia FA Cup against PJ City. It is a knockout match and a crucial stage for us,” said Belfort.

TRW Kelantan FC to meet PJ City this weekend for the Malaysia FA Cup battle. May the victory be with us again.