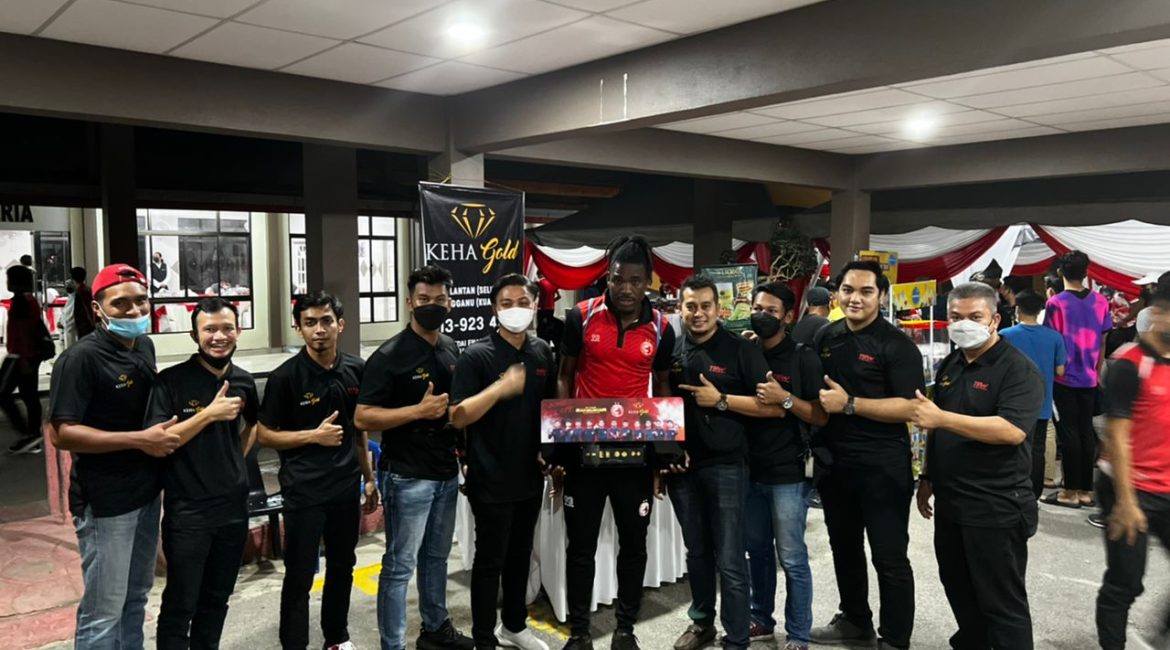 KEHA GOLD Chief Executive Officer, Mr. Haji Edi Azhar Abd Majid said that apart from the contribution, KEHA GOLD will also release a gold bar in the shape of The Red Warriors logo. Because the value of gold will keep maintaining, this is an opportunity for The Red Warriors fans to start a gold collection.

He is also present during the Jersey Launching Ceremony, Premier League Team Introduction and Strategic Partnership on the 1st of March stated that he is excited with the vision from the club owner, Mr. Norizam bin Tukiman that will be able to restore the glory of football in Kelantan.

“Bosszam has the business spirit that I like, and he will make this team even more valuable in the future. In fact, I am a businessperson just like him dan the idea that he applied is suitable in helping the team to reach even further in this season” said Haji Edi Azhar.

Furthermore, this contribution is also one of the many ways to lift his love for the Kelantan FC team spirit that once was feared in the previous football era.

He is also stated that there is a promotional for special edition The Red Warriors gold bar that comes with an affordable price and other benefits such as dinner with the Kelantan FC Team, Keha Gold special release t-shirt, umbrella and much more.