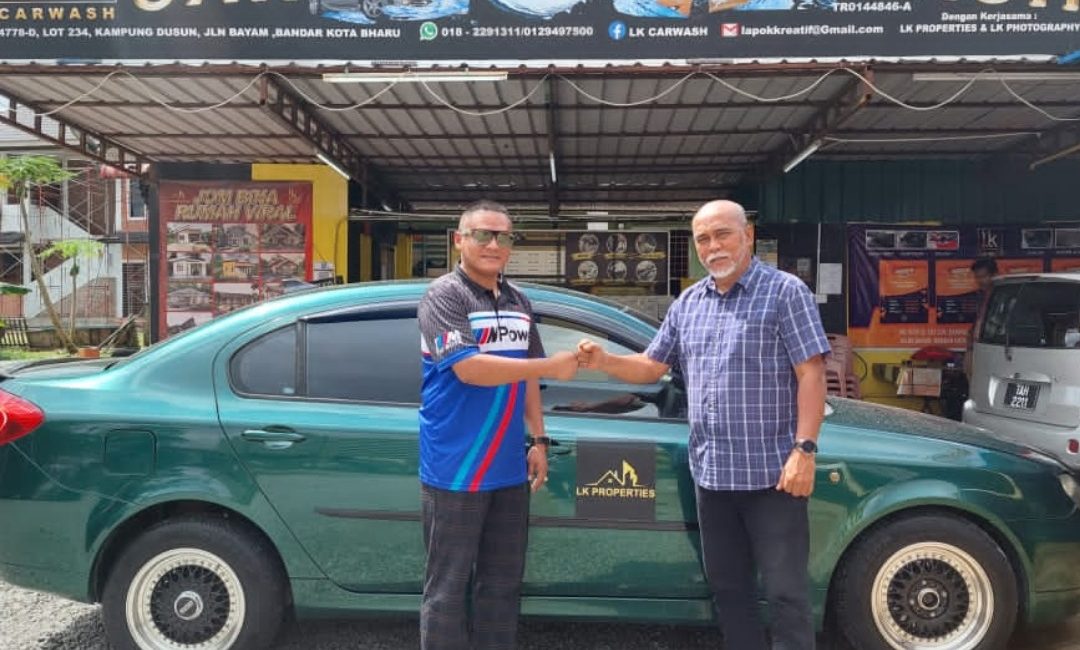 Kota Bharu: LK Holding company Sdn Bhd is honored to sponsor a car for an import player of Kelantan Fc which will be used for training sessions in USIM, Nilai.

The handover of key was by the director Mr Amirul Ikhwan Mazlan to the Technical Director, Mr Nazir Yusoff at LK Carwash.

The cooperation and sponsor received by the TRW Kelantan FC from LK Holding Sdn Bhd will show a positive development generated from the sponsor.

Furthermore, a few packages offered by LK Holding Sdn Bhd will be annouced after the introduction of sponsorship ceremony which will be held at the first of Mac.

According to Mr Amirul Ikhwan, the sponsorship is one of the initiative to show the support for Kelantan FC this season as i am one of the supporter from long ago. He told the Unit Media of TRW Kelantan FC.

When asked how he is interested to be a part of The Red Warriors, Mr Amirul Ikhwan said that he is attracted with the team’s management planning.

“I am thankful for the club owner, Mr Norizam Tukiman as he willing to accept me as a strategic partner this season and i am confident of his planning to bring back the glory of The Red warriors to the next level.”

Mr Amirul Ikhwan is convinced that the lineup of players will be a competition for the other teams in the premier league.

“I am very interested and assured with the senior and youth players in the team and it is intriguing for me to be a part of The Red Warriors for the 2022/2023 season.” He explained.

The management of TRW Kelantan FC is very grateful to the LK Holding Sdn Bhd for the commitment given to the team as they will pull together to raise the team.