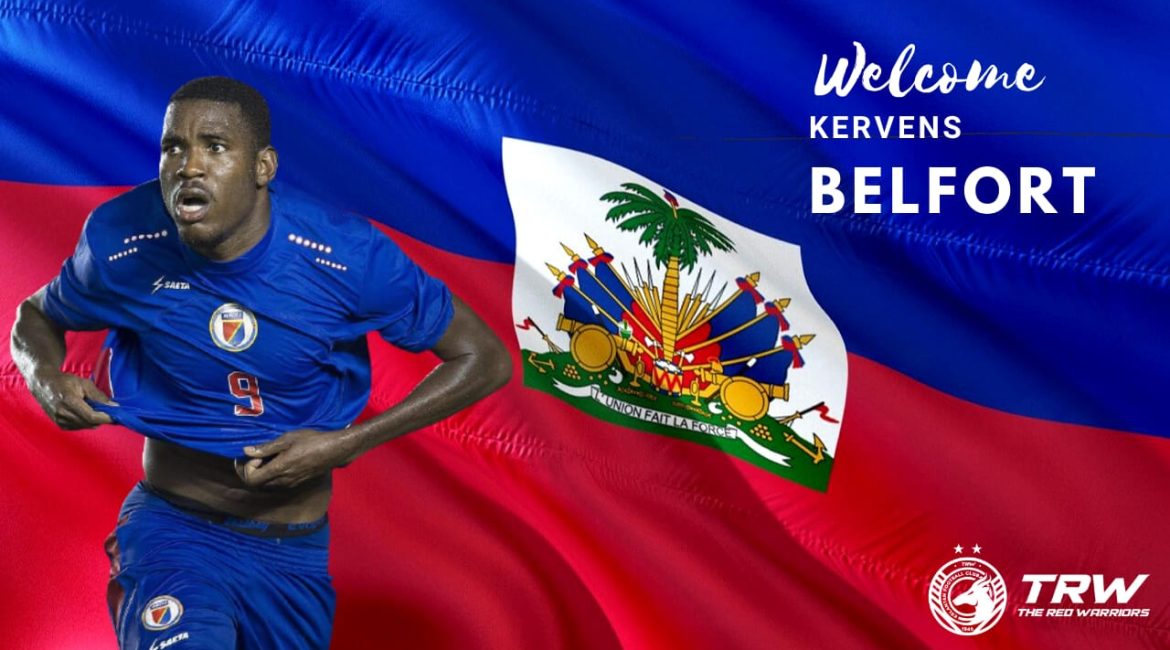 The import player from Haiti, Kervens Fils Belfort is the second import complement of The Red Warriors squad in the 2022 season after he agreed to sign a 3-year contract.

Kervens Belfort, who previously played for Abahani Limited Dhaka, has scored 17 goals. In short, he stated that he will continue to give his full commitment with the new team in the 2022 season and is ready to quickly adapt in the team led by Rezal Zambery Yahya.

Kervens Belfort is one of the best players from the Caribbean Islands to play in Asia, of course his reputation is highly billed for guiding the young striker who is with this team.

The 29 -year -old striker, who is also a national player and was in the squad when he met Brazil, has a height of 1.85 meters and it is seen to help the team form a sharper attack, especially from the physical aspect.

For TRW Kelantan FC coach, Rezal Zambery Yahya, the presence of experienced players can help this team to cover last season’s weaknesses in the attack. He also hopes Belfort can adapt as quickly as possible to the way the game is implemented in this squad. This player will also be able to give a positive impact for the TRW Kelantan FC team as the competition for this season is expected to be more challenging.

It is hoped that Belfort will be able to prove something to all who are definitely hoping for the triumph this season after not having success in the Malaysian League for a long time.