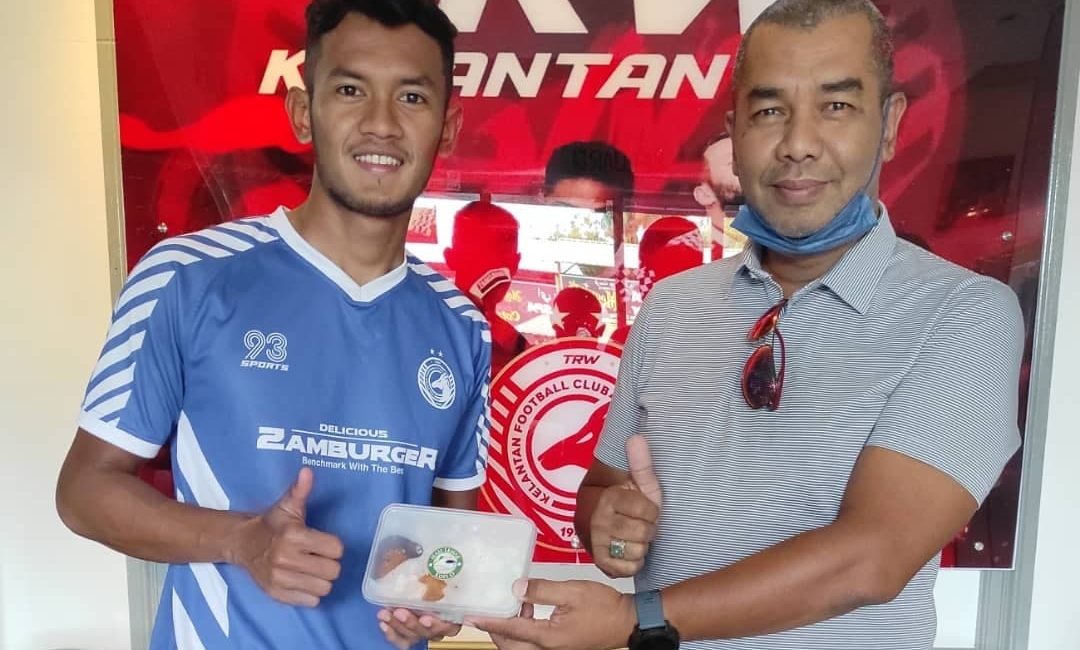 KOTA BHARU: In early morning before the last match against Johor Darul Takzim tonight, the players and coaching staffs received breakfast packages from restaurants which are no strangers in the state of Kelantan.

Among the restaurants that are still loyal in sponsoring foods is Nasi Lemak Kopi O of which always provide support to TRW Kelantan FC. According to the restaurant owner, Mr Meor Nazir also sponsor food and beverage packages, as indication of support to the players for them to perform in full spirit for 90 spirits which going to be challenging tonight.

Apart from that, Ayang Cafe also provide foods set to the team and officials this morning. Special menu provided by Ayang Cafe is Roti Ayang.

“The Management of TRW Kelantan FC is expressing the highest appreciation to both sponsors that provide the food sets to the players, and hoping that this cooperation will further strengthen the relationship between both parties in the future.

TRW Kelantan FC, Muhammad Zubir is delighted for the food sets from both sponsors, and he admit that the foods provided is delicious to all players.

“Alhamdulillah, my teammates and I are praying for the prosperity of their business,” Zubir Azmi stated.

According to Assistant Coach, Azli Mahmood stated that he is thankful for the food sets before tonight’s match.

“I was informed that both restaurants are famous in Kelantan with variety of delicious foods, therefore I urge all Kelantanese and the fans of the Red Warriors to always give full support to Nasi Lemak Kopi O at Kubang Kerian and Ayang Cafe at Kota Bharu, insha Allah you will be satisfied with the menu provided,” Azli stated.