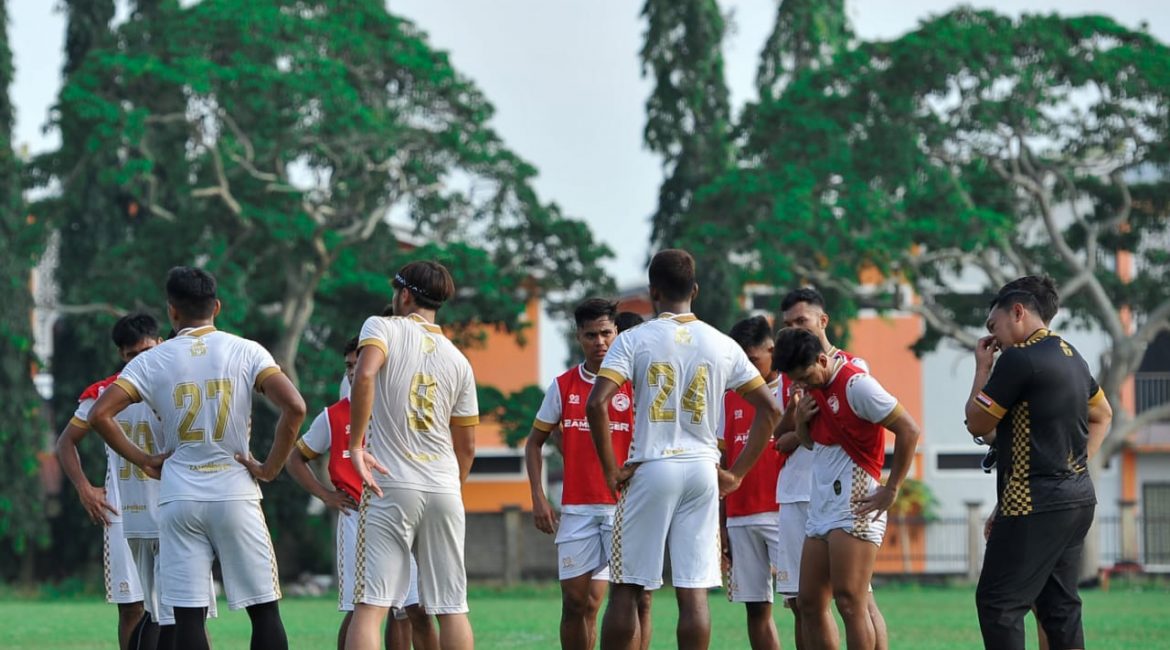 KOTA BHARU : The Red Warriors will provide the opportunity for the substitute players to perform in the friendly match tomorrow night against Perak FC at Perak Stadium, Ipoh.

“ We will be testing the players whom rarely played because I would also want to see their true ability in the real match situation,” Rezal states.

According to TRW Kelantan FC’s Assistant Head Coach, Rezal Zambery Yahya guarantees to all players that present the best performance during the training sessions and friendly match that they will be listed in the main squad.

“I am open and always wanted the best for the club, so my obligation is to give chance to all players, whether or not they have been listed in the first eleven or as the substitutes, so long that the work hard and possesses high fighting spirit.”

After the match tomorrow, TRW Kelantan FC is scheduled to face Terenggan FC on 23 October at Sultan Muhammad IV Stadium.

“ I trust and confident that with these 2 friendly matches, it will provide the best test for TRW squed, besides obtaining the combination between players, these matches are also to ensure the players performance momentum are maintained after they performed well in the match against Sabah FC previously,” Rezal said.

“We certainly need this friendly match due to long break in order to rectify the weaknesses in the team,” he further explained.

Rezal Zambery Yahya also focuses completely on the fitness level among the players and will be making changes on few players’ position.