“Salute the spirit of The Red Warriors” – Rezal Zambery Yahya 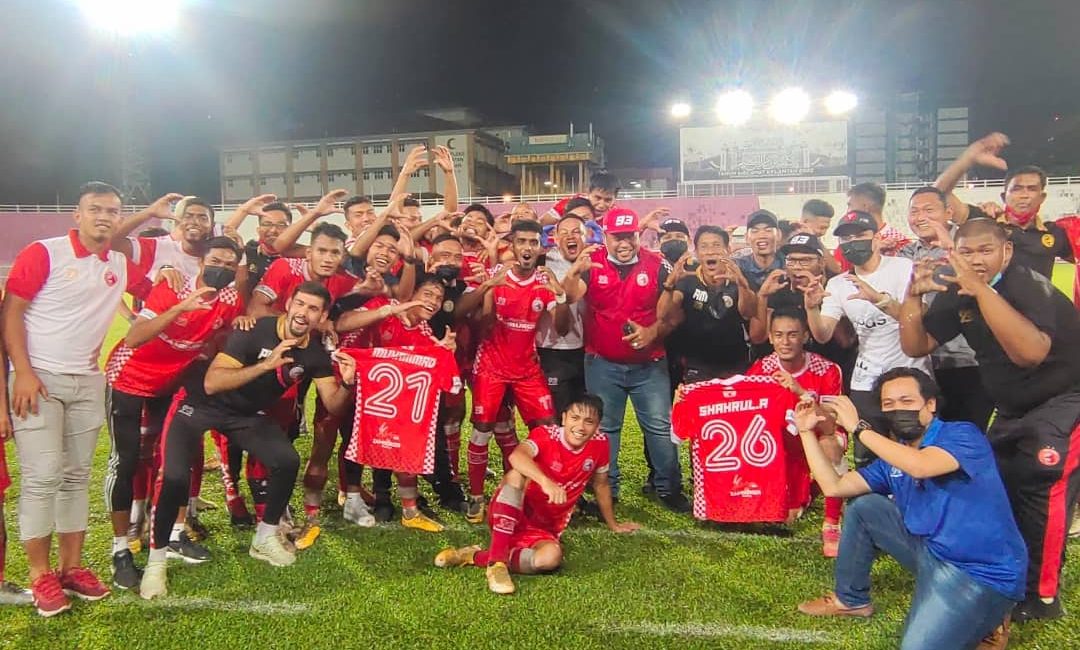 KOTA BHARU : TRW Kelantan FC secure a slot in the 2021 Malaysian Cup after defeating Selangor FC II with the score of 2-1 with the score of 2-1, goals scored by two experienced players; Nurshamil Abd Ghani and Syed Sobri, which excites the Stadium Sultan Muhammad IV yesterday.

This victory clearly brought relieves the coaching staffs of TRW Kelantan FC that put in their full effort to prep the best team for the match.

Luck clearly in favour of Assistant Head Coach of TRW Kelantan FC, Rezal Zambery Yahya of whom perceive this match to be full of thrill during the moment the team was stunned by the opposing team.

“First of all I am grateful for the victory tonight, I thank the coaching staffs, club management, players and supporters that always gave the full support to the team,l he said.

“Players showcased the highest fighting spirit, they put their full effort until the final blow of the whistle to secure the slot to Malaysian Cup,” Rezal explained.

The return of Mario Arques, Nurshamil and Syed Sobri clearly changed the game pattern of TRW Kelantan FC until the team manage to arrange multiple exciting attack against the opposing team.

“We were attack repeatedly by the opponent, but my players managed to withhold the pressure with the maturity that they possessed.l

TRW Kelantan FC will be in Group D together with JDT FC, PJ CITY FC and SABAH FC.

“We will make the necessary preparation before the first match of Malaysian Cup, we will reevaluate the game pattern yesterday and analyse the weaknesses of every player,” Rezal said.

TRW Kelantan FC is scheduled to begin the Malaysian Cup against JDT FC on 27 September 2021 at Sultan Ibrahim Stadium.