“REZAL IS SATISFIED WITH THE PLAYERS PERFORMANCE” 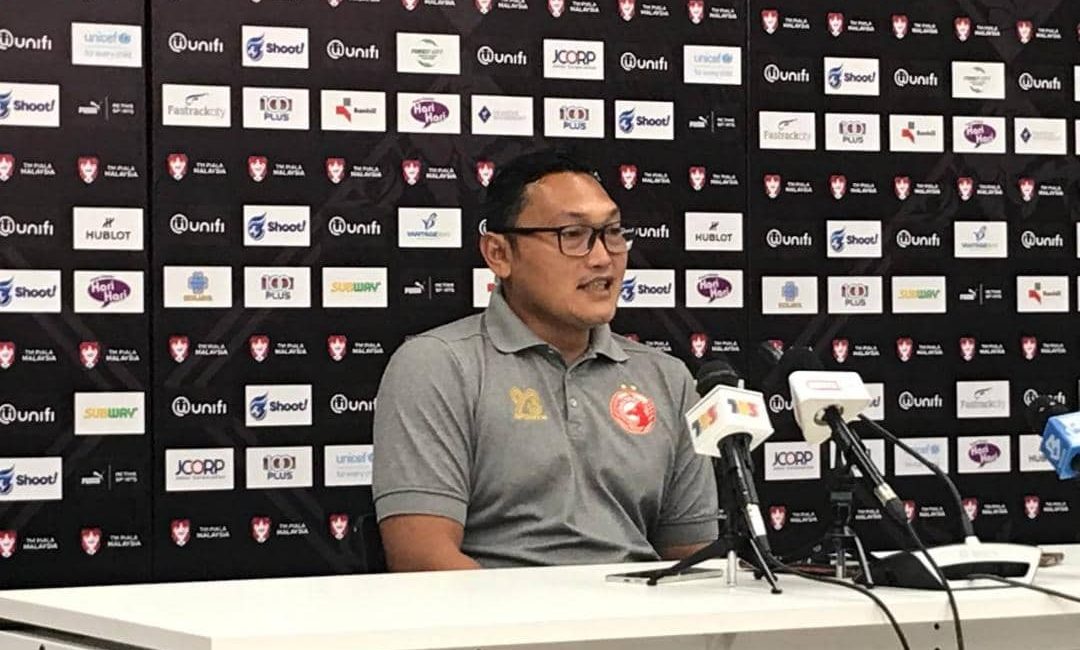 KOTA BHARU: The first match of Group D yesterday between Johor Darul Ta’zim FC against Kelantan FC ended with the result of 2-0 in favour of the home team, seizing opportunity playing in their home ground.

Kelantan FC performs well during the early minutes of the game by withholding attacks from the opponent, together with multiple opportunities but the experience clearly divides the situation between both teams, but the decision by the referee to grant a penalty to JDT FC clearly left an impact to Kelantan FC players after managed to control the game tempo before Bergson scored the penalty in the 30th minute.

Although loses in the first match of TM Malaysian Cup, the Assistant Head Coach of Kelantan FC, Rezal Zambery Yahya is satisfied with the performance of his players that managed to prevent more goals from the home team and all of the players deserves credit to be able to control the game well.

“The players followed what has been planned during the training, I am satisfied with them because we also manage to get several opportunities to score in the first half, but the injury to the main striker (Nurshamil) clearly left an impact on my early planning,” Rezal said.

“To me, in the first half, we played pretty well after which my players managed to control the pressure from JDT FC and only divided with penalty goals from the opposing team,” Rezal explained.

According to Rezal Zambery Yahya, he thanks the goalkeeper of Kelantan FC (Farizal Harun) for his excellent performance shown by him in saving multiple attempts from JDT FC’s players, with the high fighting spirit shown by Farizal Harun making him the best player of Kelantan FC.

“He is an experienced player with minutes of games with Super League teams from the past seasons, clearly his composure in controlling the final defence is the main key of Kelantan FC victory from being conceded with even more goals.”

“I am satisfied with the performance shown by Farizal Harun because he plays a vital role and know that this match is very important for the team,” Rezal adds.

“I hope the players will rise and convert it into a win in the match against Sabah FC at Sultan Muhammad IV Stadium on 30 September 2021, 4:45 PM.”