“PROVE THE TRUE POWER OF THE RED WARRIORS”: REZAL ZAMBERY 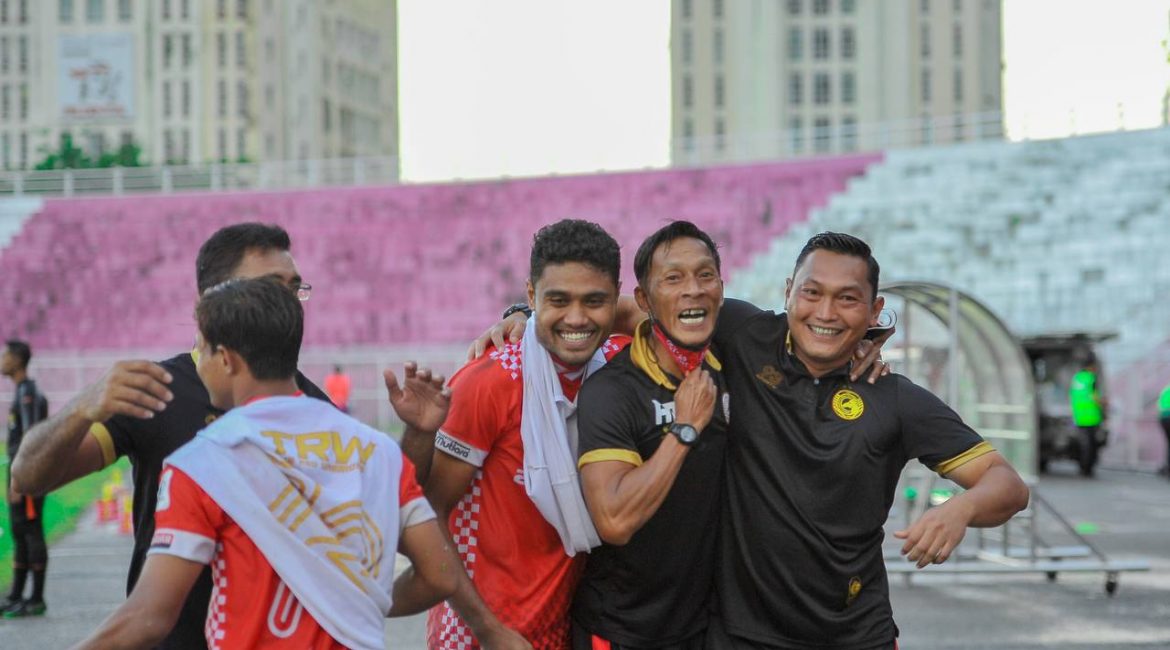 KOTA BHARU : TRW Kelantan FC Assistant Head Coach, Rezal Zambery Yahya was of the opinion that the match against Johor Darul Takzim FC II will be even harder to be predicted and provide a tough challenge for his players.

According to him, the match tomorrow is very important because TRW Kelantan FC needs the full three points to be at the top five team in the league and qualified to the Malaysian Cup which will begin 29 September 2021.

“The coaching staffs and I is preparing towards better direction in terms of attacking and defensive aspect, because we know JDT II’s striker (Fernando) is of quality and able to surprise us on our home turf,” he added.

“My players shall give full commitment and high desire to collect the full points tomorrow evening to be at comfortable position,” he said.

He said although we need to admit that tomorrow’s match is a tough 90 minutes, but he do not want his player to over respecting the opposing team and always capitalise every opportunities.

“I reminded my players to not worry and not to allow easy goal because I am confident that they possessed The Red Warriors spirit of not easily giving up and possesses their own strength and advantages.”

According to Rezal, he want his players to focus on the remaining two matches of the league and record positive results.

“If the play well, Insya-Allah we can achieve it, comply to all the plannings made during the training sessions.”

He placed a high hope upon every players to present their abilities at the maximum level because it is important to gain a win at the home ground.

“Keep on the gameplay as before as the outcome of their hard work in achieving the desired victory, Insya-Allah,” he said.

Rezal Zambery Yahya also urge all the fans of The Red Warriors to keep on giving full support and purchase the viewing pass to watch the match live between Kelantan FC and JDT II.