“IN NEED OF THE FULL SUPPORT FROM THE RED WARRIORS FANS” : SYED SOBRI 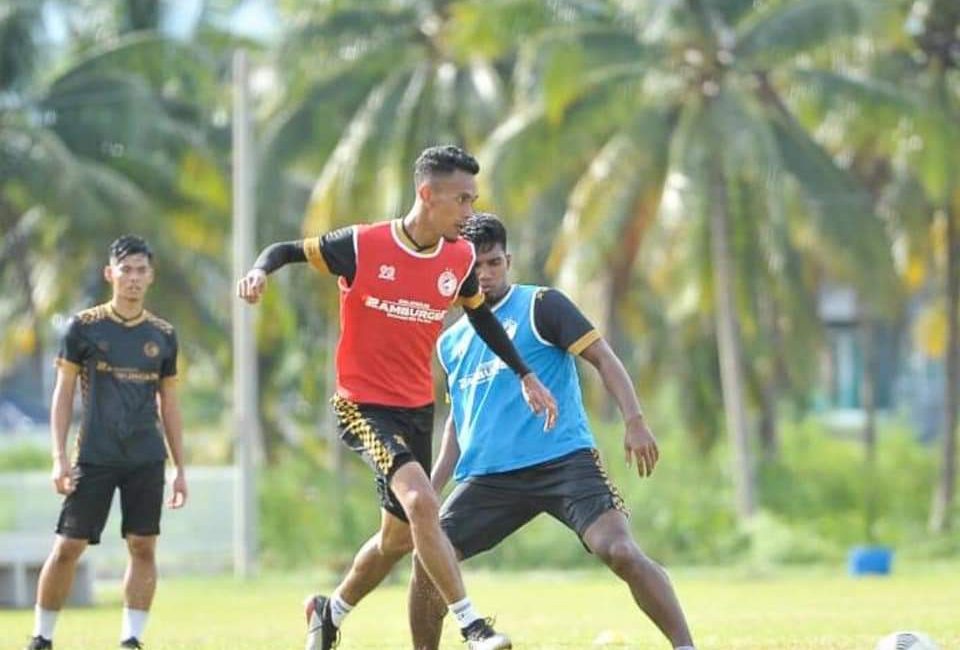 KOTA BHARU : TRW Kelantan FC midfielder, Syed Sobri is requesting all the fans of the Red Warriors to keep on with strong support for the Club although facing inconsistent performance in the Malaysian Premier League.

UKM FC former player admitted that TRW Kelantan FC need the support from the 12th player of whom the fans to enhance their spirit for them to continue fighting in order to raise the name of The Red Warriors.

“Honestly my team and I are in need for support from the fans of The Red Warriors taking into consideration we will be facing a tough competition this Saturday against the team from south, Johor Darul Takzim II.” he said.

“My confidence is quite high that the fans will always be on our side although admission to the stadium is not permitted, but with the purchase of viewing pass we can feel the chant from the fans within ourselves, but the players need words of encouragement for us to fight for Kelantan.”

“The fans are touched and thank all the fans for what they did in this moment. So I really hope for support from the fans for us to remain motivated to fight,” said the Terengganu origin.

During the match against Negeri Sembilan FC at Stadium Sultan Muhammad IV, TRW Kelantan FC open up with a score by Syed Sobri Syed Mohamad which ended with 2-1 win.

Syed Sobri further adds, the ultimate and continuous support from the fans of TRW Kelantan FC are needed and purchase the viewing pass on the Club’s official social media in order to generate a stable income for the season.

“The fans are the backbone of success of a football club because their support is the main key towards the vision of the team.”

“I believe that the outstanding aura from the fans of TRW Kelantan FC enable us to be full of spirit and continue to present an energetic performance during the match.”

“The ticket price of RM15 for me is cheap considering the current season of which all clubs wishes to generate more income, and we should thank the owner of the Club (Bosszam) because he is willing to invest millions of ringgit for the dream and hope of the fans that wanted this club to compete well in Malaysian League,” Syed Sobri explains.

“Therefore, I call for all the fans to purchase the viewing pass for the match this Saturday, to continue your undivided support for the team and enhance the spirit of the players in pursuant of the mission for a slot in the Malaysian Cup,” he further add.