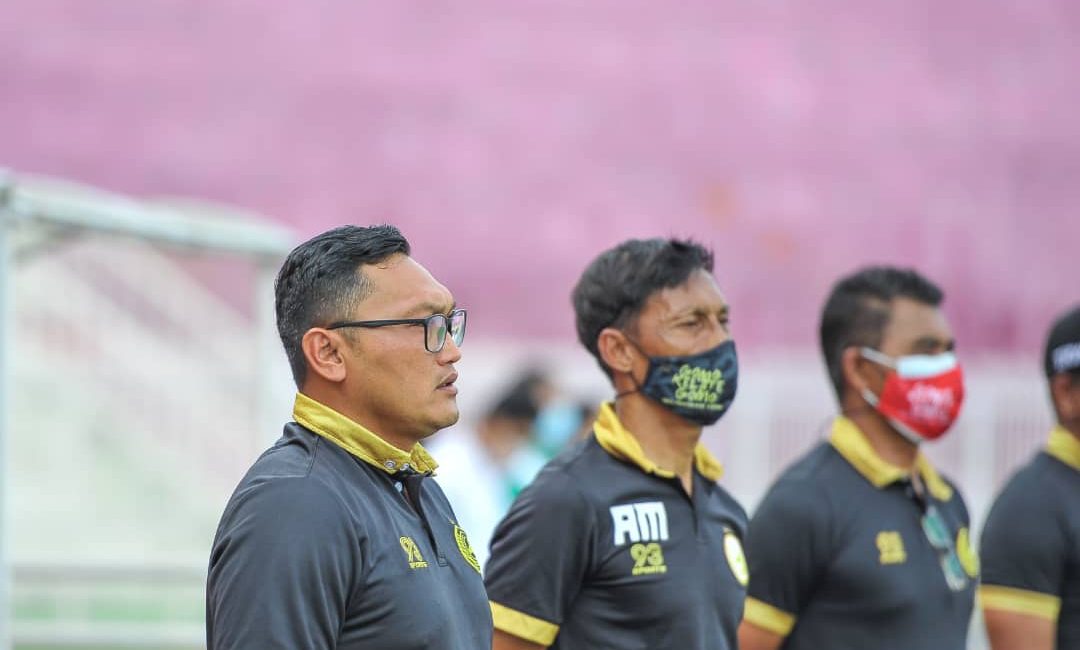 Kota Bharu : TRW Kelantan FC’s Assistant Head Coach, Rezal Zambery Yahya clearly disappointed with the performance of his players after the loss against JDT II with the result of 0-3 in their own home turf.

According to him, number of key players (Arip Amiruddin, Mario Arques, Syed Sobri) of whom are not able to play had affefcted the early planning of TRW Kelantan FC to seize the three full points.

“Our key players are having injuries a day before the match, the absence of main scorer, Nurshamil Abd Ghani clearly affected our attacking of which we failed to seize few opportunies,” he further explained.

“We failed to possess the mid area nicely because we need to use the existing players in order to control the attacking plans towards the opposing defence but clearly experience divide us with JDT II.”

“For me, they had given their best, but we need to accept the fact that the opposing team comprised of experienced and quality players,” he said.

Nevertheless, Rezal clearly proud with his players that never gave up in order to look for the first goal.

“We did manage to attack in multiple occasions, but we failed to finish it accordingly.”

When asked as to whether the chance is still open for The Red Warriors to compete in Malaysian Cup, Rezal stated that he wishes for miracle in the last moment of the league.

“We admitted that the chance might be tough but nothing is impossible if there is hope for TRW, and we hope for victory in the last match of the league.”

TRW Kelantan FC still has the chance to secure a slot to the Malaysian Cup.