GHAFFAR : “COMMITTED TO COMPETE FOR THE FIRST ELEVEN” 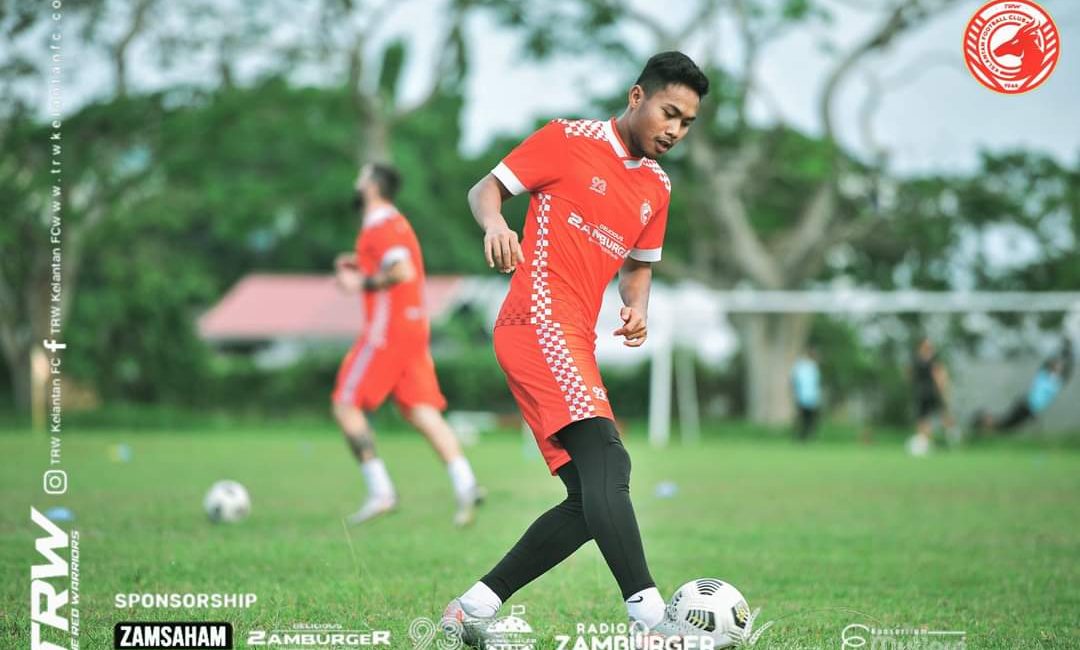 He also expressed that he cannot wait for the opening match of the league which will resume in mid-June, of which he felt that he missed the football atmosphere.

I missed playing after the long break from the league, so I hope that with the break will enhance my performance quality and improve my weaknesses for me to give the best action after the league starts.” Ghaffar stated.

“For every player, of course I would expect that the Head Coach will line me up always so that I can achieve the minutes of gameplay and also make contributions to the team, but players have to follow and believe that the tactical and planning made are for the purpose of achieving success,” he said.

After several questions imposed to him, Muhamad Ghaffar stated that he is looking for opportunities to bring TRW Kelantan FC to the Super League in 2022.

“It is not impposible if my team and I work hard and follow all the planning made by the Coaches, TRW Kelantan FC will be able to compete for the top spot in the chase for a slot in the Super League next year.”

He also took the opportunity to thank all The Red Warriors (TRW) fans who have never stopped supporting TRW Kelantan FC even though the team is made up of young players this season.

“Alhamdulillah, I felt proud to be able to contribute to the team of my birthplace after quite some time outside of Kelantan, but I am thankful for all the fans who continue supporting – whether the team is at the bottom or at the top, because we will able to achieve victory one day,” he further added.