DETERMINED TO SCORE IN KLANG VALLEY 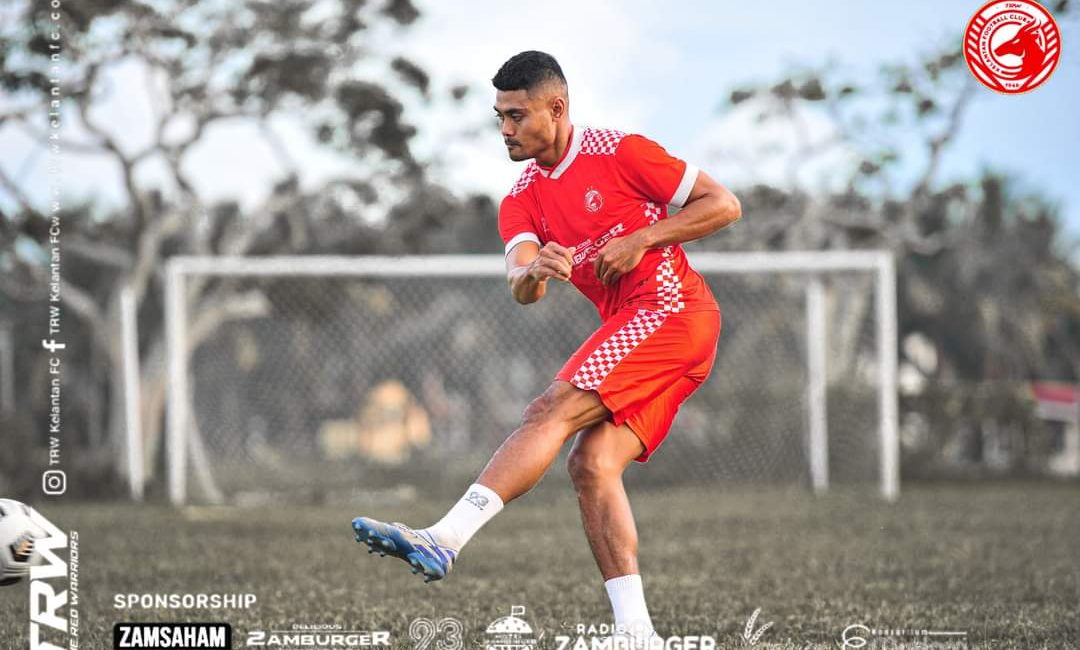 Paya Rumput origins, Nurshamil Abd Ghani continue to etch his name as the goal scorer for Kelantan FC after managed to make it even during the match against JDT II FC. The goal clearly excite the fans that attended the match and Kelantan FC managed to snatch one (1) point at Stadium Tan Sri Hj Hassan Yunos, Larkin.

Nurshamil successfully scored his 4th personal goal for this season with his appearance as the SUPERSUB is a success and become the main topic among the fans of The Red Warriors (TRW).

“Alhamdulillah, I am grateful to Allah for this success. I want to thank Kelantan FC’s coach, Marco Ragini for the opportunities given to me although as the substitute.”

“I am committed and consistent with my game performance to achieve the target to bring Kelantan FC to the Super League and achieve great success for 2021 season.”

Nurshamil was the top goal scorer during the 2015 FAM League championship during his tenure with Melaka. He possessed a lot of experience during his time in the Super League and hoping that his experience can be shared with the young players of Kelantan FC.

“I am hoping to score during the match against Selangor II FC and snatch the important 3 points for Kelantan FC to improve the standings in the league table,” he said.

“The match might be balanced as both teams possessed good young players and able to showcase good performance in order to win,” he added.

He seeks for full support from The Red Warriors fan to keep on supporting the team although with mostly young players, nevertheless it will not break the spirit and hope to carry Kelantan FC to the top for this season.

Let’s hope that Nurshamil will continue to etch his name as the goal-scoring machine for Kelantan FC. GOMO KELATE GOMO!