MARCO RAGINI IS SATISFIED WITH THE RESULT OF THE DRAW 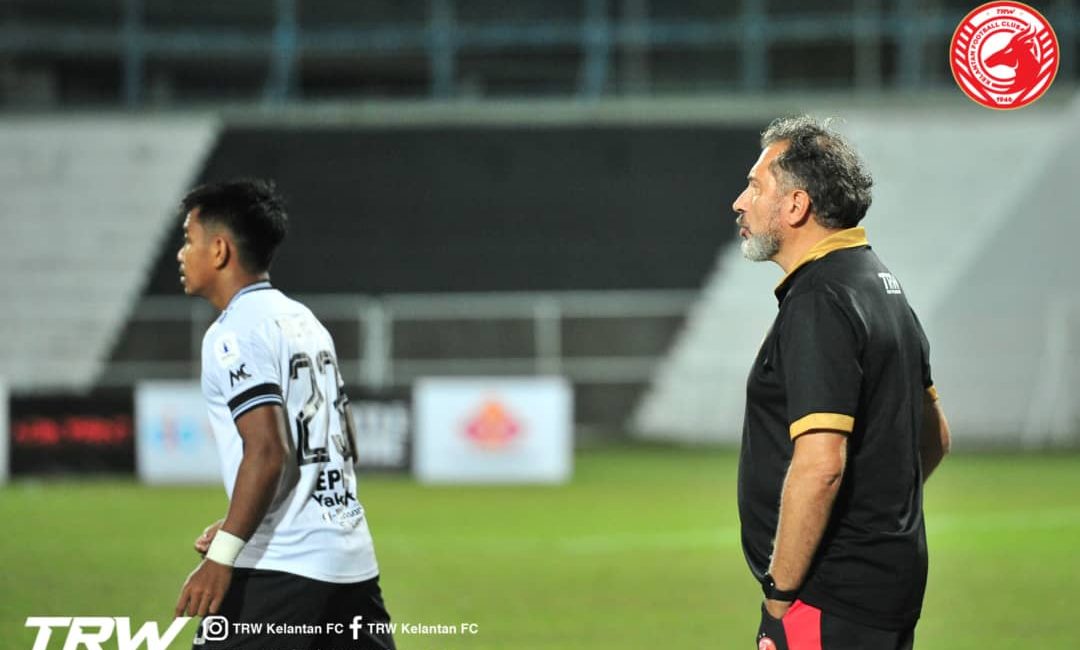 KUALA TERENGGANU (17/3/2021): Kelantan FC coach Marco Ragini is satisfied with the draw in Terengganu. A balanced result was achieved in the Premier League match at the Sultan Ismail Nasiruddin Shah Stadium, yesterday.

He was clearly happy with the performance of his men who showed a high fighting spirit despite being pressed repeatedly by the Terengganu FC II attack.

According to the Italian coach, the result was balanced as both teams claimed wins to challenge in the league chart before taking a two-week break.

He is very happy with the result of this draw because for him the third victory of the match away from home. Previously, Kelantan FC managed to beat FAM Project Squad (2-1) and PDRM FC (2-1).

Marco said the Kelantan FC team managed to steal a very valuable point in the state of Terengganu despite the lack of injured players and the suspension of the match.

“Seven points from three games in the Premier League against one opponent is a very optimal result for me with the formation of a newly formed team with 90% new faces yet I am very happy.

“Despite playing without the imported striker, Jack Hindle, but he considers this one point as three points,” he said in a press conference after yesterday’s match.

Marco was shocked to see the action of his players so enthusiastic for 90 minutes, but there are some weaknesses that should be noted.

Terengganu FC II, dominated the match with some interesting moves that gave fierce resistance to the Kelantan FC defense, but with the agility of Kelantan FC goalkeeper, Faridzuan Kamaruddin showed an excellent performance to disappoint the Terengganu FC II team to take home three points.

Marco will use these two weeks to improve all the weaknesses in the team before returning to action on April 3 and wants to improve the tactical pattern of Kelantan FC’s game.