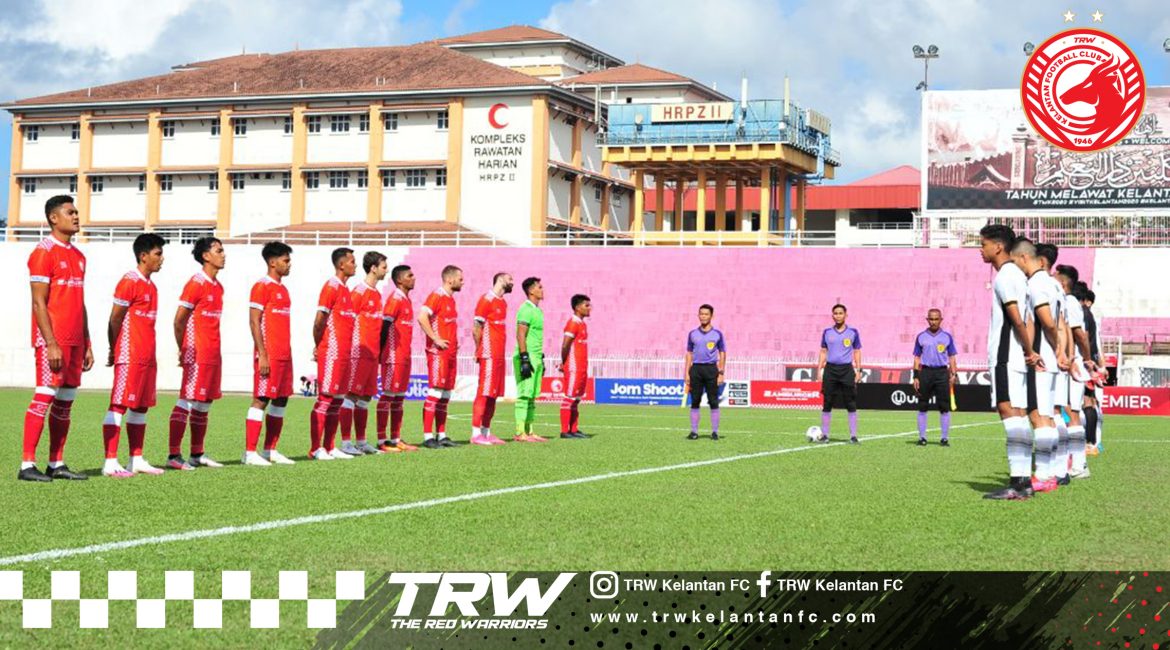 KOTA BHARU (6/3/2021): Kelantan FC’s wish to open the Premier League campaign with a right step was not achieved when they lost 1-0 to Perak FC II at the Sultan Muhammad IV Stadium, this afternoon.

Entering four minutes of the first half, Perak FC II changed position when Hakimi put his team ahead.

Entering four minutes of the first half, Perak FC II changed position when Hakimi put his team ahead.

Shocked by the goal, Kelantan FC rose to launch an attack to chase the equalizer.

However, import striker Jack Raymond Hindle squandered the opportunity when he failed to complete a penalty kick in the 52nd minute.

The fate of Kelantan FC continued to be unfortunate when several attempts including two headers through Muhammad Haziq Mohd Subri and import player, Mario Arques Blasco failed to penetrate the visitors’ goal controlled by G Yuganes.