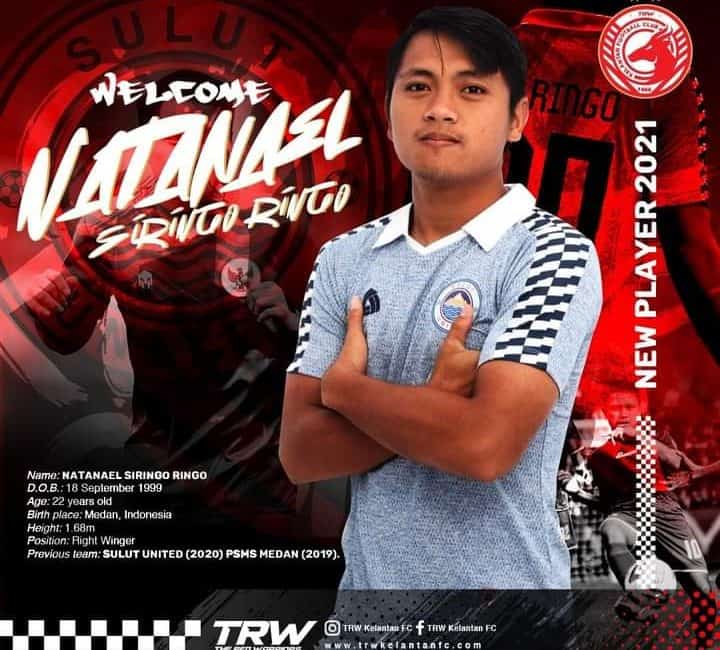 Norizam said he was confident that Natanael would be able to fulfill the ‘wishes’ of Italian coach Marco Rajini.According to him, not only that, the player is seen not to take long to adapt to Rajini’s game.

He was also called to participate in the selection of the Indonesian national squad in preparation for the 2019 SEA Games in the Philippines.

“We offered a contract a year ago to this player. If Natanael shows his best performance with Kelantan FC, he will offer him another three-year contract, “he told Utusan Malaysia here today.